Christine Ong Cothrun is a third-generation Arizonan who loves her state. So much so that she helps buyers and sellers in Phoenix/Scottsdale, and also Flagstaff area, 2 hours due north and at times 50+ degrees cooler! A long-time real estate investor, Christine enjoys helping clients with investments of their own. Christine began helping clients in 2020 as she realized there are many real estate agents out there but not all created equal. In less than six months, Christine was named top 2 percent of agents in Arizona!

Care and communication are at the core of everything Christine does. Having studied journalism at Arizona State University, Christine understands the need for strong communication skills in every transaction and relationship she enters. As a small business owner for the last nine years, working in private money lending, Christine’s strong negotiation skills and interpersonal skills help her close even the most challenging deals in a competitive market. Before that, Christine worked in radio advertising for KFYI Fox News Radio. There, she brokered a radio program with Rich Dad, Poor Dad Companies.

Flash forward to today! Christine is now partners with the co-author of Rich Dad, Poor Dad, Sharon Lechter, and HGTV’s Flip or Flop’s Tarek El Moussa, at eXp Realty, where Christine not only sells real estate but collaborates with the best and brightest agents to grow their real estate business in new ways all over the country and world! She even sponsors real estate agents globally, including in Brazil!

Giving credence to the beginning, Christine believes everyone ought to work in a restaurant as a starter job as it teaches you to have a “bobblehead,” or one that goes 360 degrees all around and aware of anything and everything needing to be done around you. She worked at Houston’s and Mastro’s as a youngster and applies luxury dining service to every deal she does, whether it be $300,000 or $3,000,000!

Holding a genuine love for this country, Christine uses her real estate business as a vehicle to advance causes she and her clients care about, especially where Faith, Family, and Freedom are concerned. On her mother’s side, her ancestors immigrated to Arizona before Arizona became the Great State 48! Her great-grandparents immigrated to America from China and made a great sacrifice to have nine children pass opportunities on to. Her father’s parents immigrated to America 21 years apart, her grandfather at 16-years-old living, working, and sleeping in the back of a grocery store, saving money before sending for her grandmother decades later. Her parents, both bankers, Christine learned early on the value of making a dollar and managing it! She remembers rolling coins with mom as a kid fondly, and believes your circumstances don’t determine your future.

To this end, Christine aims to better not only every home transaction but also her home state and country. At the heart of every home is a series of values and inspiring stories, and Christine highlights these Real Stories through Real Estate on her show American Made. In addition, Christine’s love for the land of opportunity that she enjoys supporting American values allows all Americans to flourish and succeed.

Christine is married to a wonderful man, Brendon, with whom she enjoys traveling, investing, and enjoying a margarita from time to time. A good marriage, she says, is built upon mutual trust and understanding. They enjoy off-roading on their Razr and hitting the dirt trails when Christine isn’t too busy country-saving or selling homes! 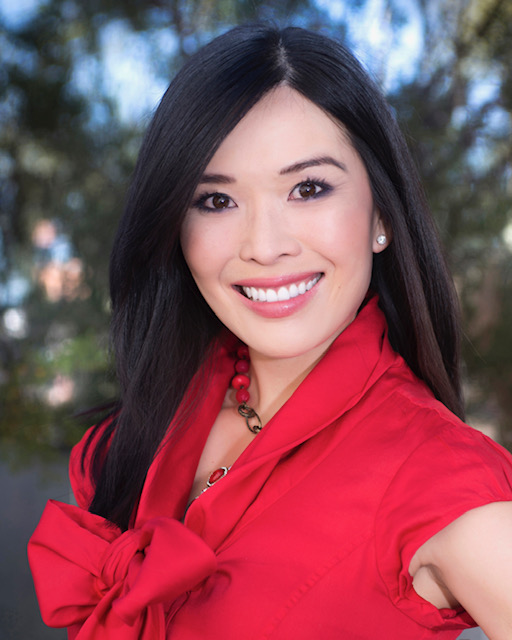